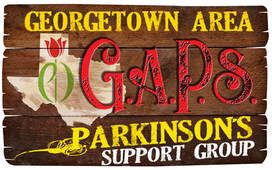 ​​Agent Orange is a herbicide and defoliant chemical.  It is widely known for its use by the U.S. military as part of its herbicidal warfare program.  The Veterans Administration has recognized that certain cancers, diseases, and other health problems can be related to a Veteran's qualifying military service. These are called "presumptive diseases."  Parkinson's Disease is considered a presumptive disease.

Veterans with Parkinson’s disease who were exposed to herbicides during military service may be eligible for disability compensation and health care. Learn about VA specialty care for Parkinson's disease.

Veterans who served in Vietnam, Thailand, the Korean demilitarized zone or another area where Agent Orange was sprayed may be eligible for a free Agent Orange registry health exam.
​
Surviving spouses, dependent children and dependent parents of Veterans who were exposed to herbicides during military service and died as the result of Parkinson's disease may be eligible for survivors' benefits.

Long-term exposure to herbicides increases your risk of Parkinson’s disease (PD), which causes stiffness, shaking, and walking challenges. PD symptoms can also affect the teeth, mouth, and jaw. For example, the inability to control the body makes it difficult to receive dental treatment and brush your teeth. This can result in poor oral hygiene, gum disease, and cavities. Lastly, veterans with PD are more likely to grind their teeth, which can cause thin enamel, and tooth cracks which increases your risk for cavities.  Click here for more info on Veteran's dental health.

Veterans who served as far as 12 nautical miles from the shore of Vietnam, or who had service in the Korean Demilitarized Zone, are presumed to have been exposed to herbicides, such as Agent Orange, and may be entitled to service connection for any of the 14 conditions related to herbicide exposure. (This includes Parkinson's Disease)
​
S.3373 - Honoring our PACT Act of 2022 passed in Aug of 2022 as Public Law No: 117-168
This bill addresses health care, presumption of service-connection, research, resources, and other matters related to veterans who were exposed to toxic substances during military service.

In addition to exposure to burn pits for Gulf War veterans, this law expands the presumption of service for Agent Orange/herbicides used during the Vietnam War to includeIf you served on active duty in any of these locations, VA now presumes that you had exposure to Agent Orange.
If you have Parkinson's or other presumed conditions, you could be entitled to VA disability payments and other benefits.
See https://www.va.gov/pact