GAPS Boxing with Parkinson's
​
More than a boxing gym, 413 FITNESS is a one-of-a-kind exercise program in Austin, Texas that has been wildly successful helping people with movement disorders, such as Parkinson’s, PSP, MSA, CBD, Lewy Body Dementia, and other neuro-degenerative diseases such as Alzheimer’s and Dementia. 413 FITNESS provides an effective way for people to fight their disease through fitness classes, social gatherings, and community. Classes include a combination of non-contact boxing, calisthenics, plyometrics, PWR! Moves* and stretching to increase strength, amplitude, improve balance, agility and posture. We empower people to fight back against the physical, cognitive, social and emotional effects of their movement disorder. Our "fighters" have reported dramatic improvements in their quality of life and ability to remain independent 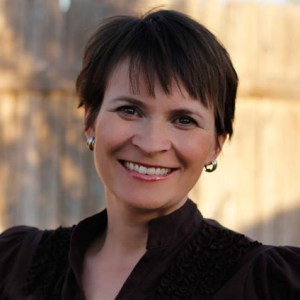 She is the wife to Ben, and mama to four children; Landry, Bella, Read and Harrison.

As described by a 413 Fitness client:  This 4’10 and ¾ inch ball of energy is a talented athlete, a tough but considerate taskmaster and a good teacher. She is perfectly willing to push you toward whatever goals you may have, but she does so in a fashion that is always supportive. She brings a love of life to class and makes every student feel valued. 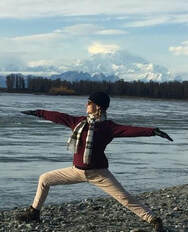 In 1996 Sarah started teaching Vinyasa Yoga.  She has been registered with the Yoga Alliance since March 2007 and is an experienced yoga teacher and continuing education provider.

While living in New York City she practiced yoga regularly for 7 years at The Iyengar Yoga Association of Greater New York (IYAGNY), where she began to learn about the art, science and philosophy of this practice.

Sarah has been practicing Ashtanga yoga since 2007.  In September, 2013 she completed 40 hour Ashtanga training with David Swenson.

Sarah brings to her yoga classes a wealth of knowledge of the human body and movement acquired over a 15-year career as a professional concert dancer performing throughout the US and Europe.

Sarah's classes are Ashtanga based, and she offers classes for beginners as well as seasoned practitioners.  She teaches private clients and special yoga classes for Stress Management, Parkinson’s disease, and Post Traumatic Stress.  Sarah has been the Belton/Temple Parkinson’s Support Group yoga instructor for years.

Sarah teaches yoga with the intention of empowering her students to practice yoga not only as an exercise, but as a practice ground for life.​


Nancy Bain received her Master’s degree in Dance Education from New York University. She has taught dance for over 35 years. Not only has she performed with several modern dance companies in New York, but directed her own professional company for 13 years before moving to Austin.

Nancy has taught fitness to seniors for the past 7 years including many participants with Parkinson’s disease. She has her National certification in Older Adult Exercise from Healthways and has been a Silver Sneakers and PACE (arthritis-based) instructor.

​In October 2012, she began her training in Dance for PD at the Mark Morris Dance Center in Brooklyn, NY with the intention of bringing the program to Austin and Central Texas.